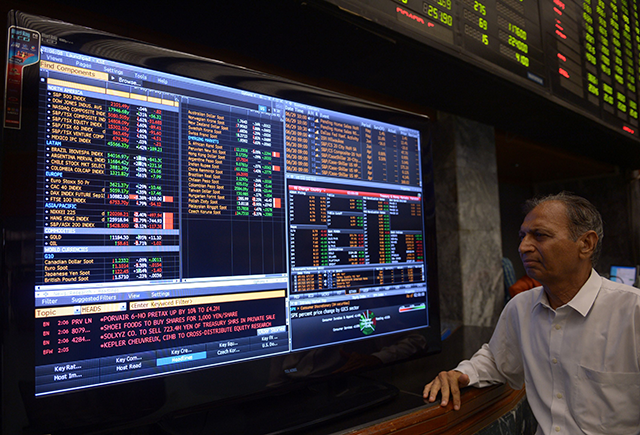 Pakistan Stock Exchange’s (PSX) newly acquired Chinese trading system encountered serious technical glitches on the third day of its formal launch, forcing the management to suspend share trading for around two and a half hours in the middle of the session on Wednesday.

The market halted trading from 12 noon to 2:30pm. Although operations resumed at 2:35pm, the system again became non-functional in the last 30 minutes (from 3:30-4pm) before the market’s closure. The management will resume trading through the new platform on Thursday morning. In case it malfunctions again, the PSX will temporarily return to the old trading system called Karachi Automated Trading System (KATS).

The PSX management and Pakistan Stockbrokers Association agreed on this arrangement in a meeting which lasted over two hours on Wednesday, a stockbroker told The Pak Revenue. The Securities and Exchange Commission of Pakistan (SECP) has taken notice of the development and its officials are scheduled to visit the PSX on Thursday, it has been learnt.

The PSX administration will require at least 24 hours to return to the old system, if required. Accordingly, the market will have short sessions on Thursday and Friday and hold a special trading session on Saturday, which otherwise is a weekly off for the market. “The newly launched trading platform was malfunctioning,” another stockbroker said. “It was operating with a lag, misquoting live share prices and executing buy and sale deals twice each time.”

PSX said in its first of the two market suspension notifications at 11:58am on Wednesday that “all TRE certificate holders and brokers are hereby informed that there are some technical issues being identified in the JADE trading terminal (JTT)”. “In order to conduct a detailed review of the issues and to protect the interest of investors, the exchange has decided to suspend today’s (Wednesday) trading session for two hours, ie from 12 noon to 2pm. The market shall resume after 2 hours,” it said.

“The suspension time is further extended for 30 minutes in order to conclude the review of the issues,” the second notification said. “Now, the market shall resume at 2:30pm with a pre-open session from 2:30pm to 2:35pm.” “PSX purchased the new trading system from China’s Shenzhen Stock Exchange (SZSE) and a Pakistani vendor modified it as per local requirements,” the stockbroker said. “PSX held 18 mock sessions before formally launching the new platform on Monday (October 25).

It encountered similar technical issues during the mock sessions,” he said. “We had highlighted this before the management and suggested them not to go live without removing the errors.” “In case we temporarily relocate to the old system… the management will hold at least two error-free mock sessions to re-launch the new trading system in the near future,” he said.