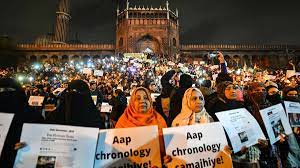 WASHINGTON: United States (US) on Wednesday said concerns regarding violations of religious freedom have been conveyed to India from time to time, Pak Revenue News reported.

This he said while replying to a question asked by ARY News correspondent during a press conference in Washington, why India was not included in the red list for violation of religious freedom.

“Our annual report on international religious freedom outlines some of the concerns we’ve taken note of when it comes to India. And we continue to carefully monitor the religious freedom situation in all countries and that includes India.”

Ned Price said that religious freedom, respect for human rights are part of our common core values ​​and democracy.

He said Donald Lu is a senior official of the US State Department and they cannot confirm about his meetings in Pakistan.