UN passed Resolution on Islamophobia, France and India have reservations 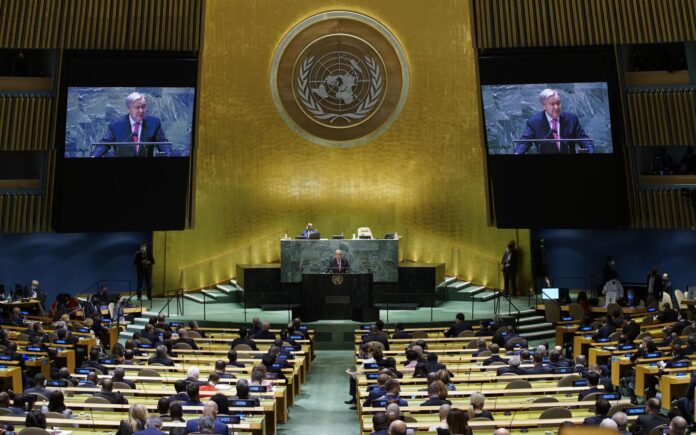 Islamophobia has been prevalent for quite some time now. A peculiar anti-Islamic mindset is witnessed in the world, and this is influenced by many things. The mindset has led the world to some hurtful and tragic incidents which have left indelible scars on the Muslim community.

With the valiant efforts of Pakistan’s prime minister combating Islamophobia and his heartfelt speech in the General Assembly, United Nations made much influence and the members of the Assembly adopted a resolution of observing 15th March which marks the anniversary of the 2019 attack on two mosques in New Zealand that left 51 Muslims dead as International Day to Combat Islamophobia.

The resolution would help the world understand Islam the better way

The resolution made brought a flare of happiness in the Muslim community that the world would finally have a day to bring an eye to the matter allowing the people to understand Islam. Fifty-five Muslim-majority countries including Saudi Arabia, Iran, Egypt, Turkey, Qatar, Syria, Algeria, Morocco and many other countries in the Gulf and North Africa supported the resolution in the Riyadh-based Organization of Islamic Cooperation (OIC). But there are countries that spoke against the resolution and are happy about it.

France and India have their reservations about the resolution

France, the European Union (EU) and India made objections about the decision to declare the 15th of  March as International Day to Combat Islamophobia, adopted by the United Nations (UN) General Assembly.

Britain’s Middle East Eye said: “Representatives from France and India, which have also faced accusations of Islamophobia by their own Muslim communities, both spoke against the resolution, though neither opposed its adoption by consensus.”

Nicolas de Rivière, who is the permanent representative of France to the UN, described the resolution as “unsatisfactory” and “problematic”, and tells the UN General Assembly that his country supports the protection of all religions and beliefs.

The French official also added: “The term Islamophobia has no agreed-upon definition in international law, unlike the freedom of religion or conviction. But it’s this liberty that France defends, as well as all the other public freedoms, such as the freedom of expression or conviction,” according to Middle East Eye.

The EU, a bloc of 27 European countries with permanent observer status at the UN, agreed with and echoed de Riviere’s concerns but did not have the right to vote.

The EU expressed its concern while addressing the General Assembly, about the multitude of international days and said the focus on Islamophobia was an “unnecessary repetition” after in 2019 the UN adopted 22nd August as the International Day commemorating the victims of acts of violence based on religion or belief.

“We are concerned with the approach of addressing only one religion through a General Assembly initiative,” the EU’s statement expressed.

In this regard, Middle East Eye reported that Rayan Freschi, a researcher for Cage, a human rights group promoting Muslim communities affected by counter-terrorism policies, said that France’s protest to the UN resolution came as “no surprise”.

Western society contradicts itself, as at times it condemns the acts of terrorism but other times it condones them

In a speech to the UN General Assembly, Permanent Representative of India T.S. Tirumurti also called for condemnation of “religious phobia” rather than singling out Islamophobia, referring to discrimination against Hindus, Sikhs and Buddhists.

Welcoming the resolution issued on Wednesday, Secretary-General of the OIC Hussein Ibrahim Taha shared his view that the resolution: “Will strengthen global awareness of the threat of hatred and intolerance against Muslims.”

The resolution is not going to impact the rights of followers of any other religion but, it will allow everyone to understand Islam in a better way which surely will lead to creating global interfaith harmony.