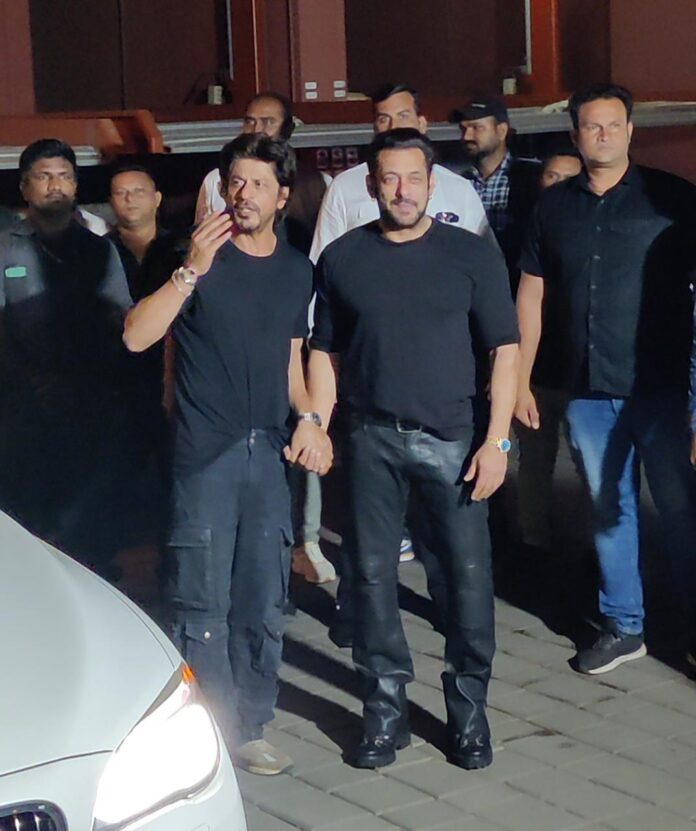 Salman Khan, who is fondly called Bhaijaan, is celebrating his 57th birthday today, December 27. The actor’s sister, Arpita Khan Sharma, hosted a party for her beloved brother at her residence in Mumbai. Salman was spotted wearing an all-black outfit for the day. His friend and actor Shah Rukh Khan joined the bash last night and the two posed for the paparazzi.

SHAH RUKH AND SALMAN POSE FOR THE PAPS IN MUMBAI

Shah Rukh was one of the last ones to arrive at the party. The Pathaan star was seen wearing an all-black outfit, just like Salman Khan. Photos and videos of the two superstars holding hands and posing for the photographers are going viral on social media platforms.

Arpita and her husband Aayush Sharma, along with their children, attended the party. Janhvi Kapoor, Pooja Hegde, Tabu, Suniel Shetty, Riteish and Genelia, Sonakshi Sinha, his brothers, Sohail, Arbaaz and sister Alvira were among those who attended the bash.