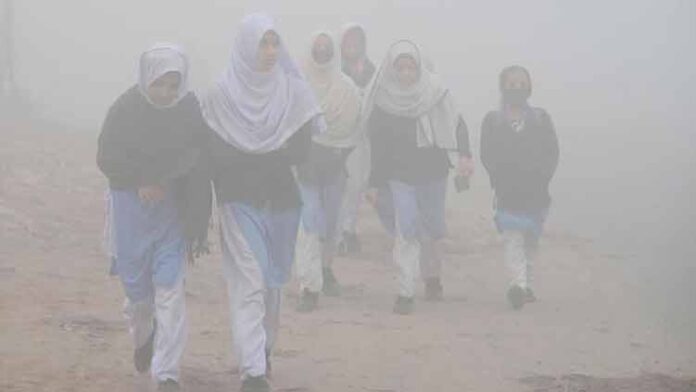 LAHORE – The Lahore High Court (LHC) on Tuesday ordered the government to extend winter vacation for all schools and colleges for seven days in the Punjab capital owing to worsening smog situation.

The high court issued the order while hearing a petition seeking measures to tackle smog in the city. It remarked that the responsibility to take preventive measures in the wake of the smog lay with the government. The LHC has also summoned the director general of the Provincial Disaster Management Authority (PDMA) on next hearing.

The development comes as Lahore is ranked first among the top 10 most polluted cities in the world for multiple times last week.

Earlier, the Punjab School Education Department announced winter vacation for all public and private schools across the province from Dec 24 to Dec 31. The schools were due to reopen on Jan 2 (Monday), 2023. Now the schools and colleges will reopen on Jan 9.

Air pollution has worsened in Pakistan in recent years as a mixture of low-grade diesel fumes, smoke from seasonal crop burn off, and colder winter temperatures coalesce into stagnant clouds of smog.