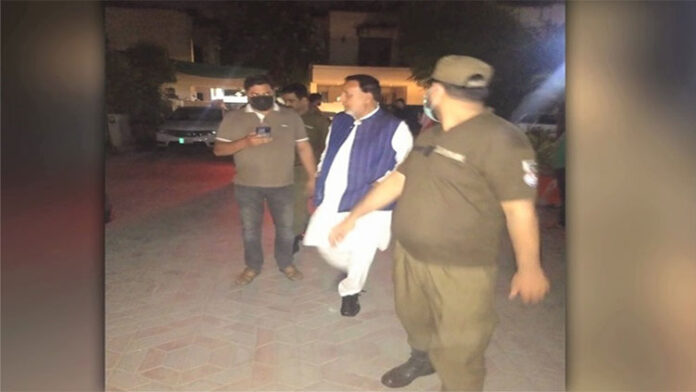 The crackdown against PTI leaders and workers is underway ahead of Azadi March. In this connection, the police party raided the house of former provincial minister Mian Mehmood-ur-Rasheed and took him into custody under 16 MPO.

Reacting to the arrest of Mian Mehmood-ur-Rasheed, Pakistan Tehreek-e-Insaf (PTI) vice-chairman Shah Mahmood Qureshi said that the government has sealed the whole country with containers, glasses are being thrown on the roads and tar is being poured so that no vehicle can travel, city to city traffic has been closed.

Shah Mahmood Qureshi said that the imported government has paralyzed the economy of the whole country, these people have come not to run the country but to destroy the economy.