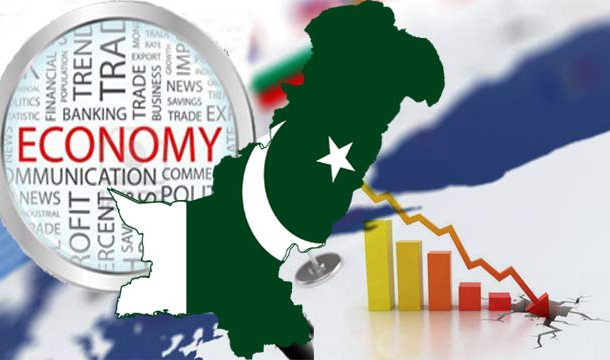 The State Bank of Pakistan also believes the growth metrics will have to be revised downwards.

International investors can roll over foreign debt to Pakistan. It ensures that a much lower amount of foreign exchange would have to be set aside for debt servicing than before.

Through relative peace of mind, the SBP should be able to handle international reserves. The rupee does not witness a free fall, even though exports and remittances are not rising, foreign direct investment is not picking up pace, and outflows of hot money or investments in liquid assets by foreigners continue.

It is almost certain that the exports and remittances will not rise in the final quarter of the current fiscal year. There’s also almost certain that foreign direct investment does not flood in. The country is already seeing foreign investment evaporation from once high-yielding Treasury bills and once growing stocks.

There are two problems which the political and economic managers of the country are facing:

In the current fiscal year, the current Covid-19 shock can eat up 0.5-1 percent of gross domestic product (GDP) growth, in reality, it can inflict more harm. The central bank’s repeated policy rate cuts since March and its incentive packages will help improve the industry, but will not revive the economy to the full.

Moody’s Investors Service lowered its expected growth forecast for Pakistan and predicted a moderate contraction of 0.1-0.5 percent for FY20 due to the increasing effect of the Covid-19 crisis.

The Covid-19 pandemic had affected the whole planet badly. Every nation’s emphasis has turned to emergency health needs and saved lives and the economy. The threat of stern action by the government against the hoarders of vital commodities has come down on deaf ears. Lockdown or curfew has wider implications for both.

The Sindh government, in reaction to the Covid-19 pandemic, quickly jammed the wheels of the economy by rapidly imposing the lockdown. Punjab and K-P came later to apply the brakes, but to avoid the spread of Covid-19 was desperately needed.

Most vulnerable parts of society are also waiting for relief, which is largely missing after a major earthquake or flood compared to the previous response. The poor and vulnerable want swift disbursement of funds to them. The fear of contracting the virus and social distancing are big restrictions.

The government has declared a relief package of Rs1.2-trillion but it will take time to meet the people. The prime minister aims to disperse resources at a fast rate that could have some effect.

Financing can be channeled to the steel sector, which is the core of the engineering industry but has faced a decline in recent years.

After the major depreciation of the rupee, the auto sector also has faced headwinds. Owing to the collapse of the rupee, vehicle prices rose sharply in the wake of costly raw material imported. It has been eaten up in market demand.

New auto production units are about to launch operations. Car prices are supposed to come down as they come online. Increased production in the automotive sector will also drive GDP growth in the region. Both the health system and economic safety need quick cure medicines and vaccines. Let’s see if the PM Imran’s recipe works or not.