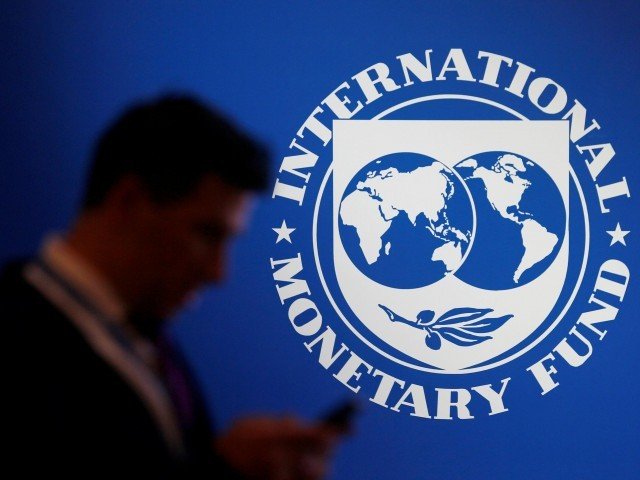 ISLAMABAD: New assumptions by the International Monetary Fund (IMF) suggest that the average exchange rate at the end of this fiscal year could be Rs160.64 to a dollar, which is significantly lower than the steep depreciation the global lender had predicted while designing the $6-billion loan programme.

The fresh valuation is 6.9% or Rs11.9 less as compared to the IMF’s working in June this year when it valued the rupee at Rs172.53 to a dollar. Still, the IMF implicitly suggests 3.8% or Rs5.94 average depreciation in the value of the rupee in the remaining period of current fiscal year.

The new valuation of Rs160.64 is better than market expectations and underlines an orderly transformation to the market-determined flexible exchange rate regime.

These exchange rate assumptions are taken from the IMF’s staff-level report, released this week after the completion of first review of the $6-billion bailout package.

The rupee is relatively stabilising despite the fact that the State Bank of Pakistan (SBP) has purchased $1.8 billion from the inter-bank market from July 1 to November 29, according to the IMF report.

In the staff-level report, the IMF has not again explicitly stated the exchange rate valuation. These numbers have been worked out on the basis of a backward working of current account deficit projections that still show that the rupee would keep losing its value under the IMF programme and beyond it.

In July this year, the IMF said the “published staff report on Pakistan includes exchange rate assumptions which are not predictions. Under the IMF-supported programme, there is not an agreed target level for the exchange rate, which is market-determined”.

The average exchange rate of Rs160.64 to a dollar by June 2020 means that the year-end rupee-dollar parity comes to Rs172 to a dollar as against previous rate of Rs188.

Both the IMF and the Pakistan Tehreek-e-Insaf (PTI) government were of the firm view that due to an overvalued rupee during the PML-N tenure, exports were underperforming. However, despite a significant devaluation since January 2018, the exports are still not performing well.

One of the factors undermining the exports is a constant rise in the cost of doing business due to higher taxes, transport cost and increasing prices of electricity and gas.

Earlier in its July staff-level report, the IMF had assumed the value of the rupee at Rs172.53 to a dollar. The Rs160.64 valuation is Rs11.89 or 6.9% lower than the previous assumption, showed the latest report. Due to relative stability in the value of the rupee, the IMF has also cut its average inflation forecast to 11.8% from 13%. However, the under-consideration mini-budget may keep inflation at elevated levels.

The Express Tribune has worked out the value of the rupee from fiscal year 2019-20 to fiscal year 2022-23 – the last year of the PTI government – on the basis of current account deficit projections that the IMF has given for five years in the staff-level report.

The size of the economy is estimated at $275.8 billion or Rs44.3 trillion for this fiscal year, which is the second year of the PTI government. For fiscal year 2020-21, the IMF has assumed the average exchange rate of Rs169 as against previous valuation of Rs183.2 to a dollar. This suggests Rs8.4 or 5.2% depreciation over the closing average rate of current fiscal year. The size of Pakistan’s economy is assumed at $296.6 billion or Rs50.2 trillion.

For fiscal year 2021-22, the IMF assumption is that the value of the rupee could be Rs172 as against previous assumption of Rs191.75 to a dollar. This indicates less than 2% devaluation. The size of the economy is estimated at $326 billion or Rs56.1 trillion. For the last year of the PTI government, the assumptions suggest that average exchange rate could be Rs175.2 to a dollar – a level that the IMF had earlier assumed for this fiscal year. The size of the economy could be $353.8 billion or Rs62 trillion.