HomeBusinessInvestors Are Not Coming To Pakistan, The Federal Minister Has Admitted
BusinessTrending 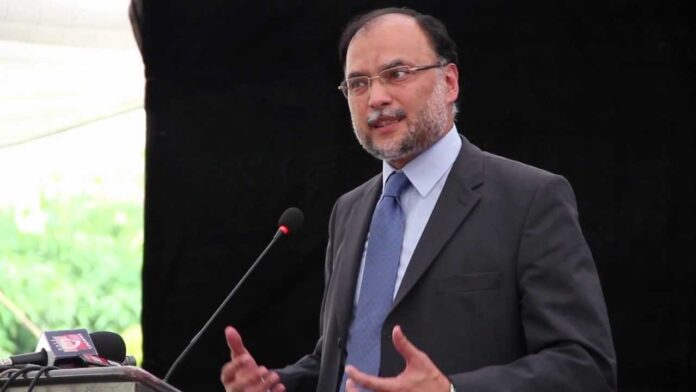 Federal Minister for Planning Ahsan Iqbal has acknowledged that foreign investors are not coming to Pakistan. We need new capabilities.

According to ARY News, Federal Minister for Planning and Development Ahsan Iqbal addressed the International Conference of the Ninth Frontiers of Information Technology in Islamabad, acknowledging that investors were not coming to Pakistan. We need new capabilities.

Ahsan Iqbal said that six technologies in the world are changing every sector. The one who does not adapt himself to them will be removed from the page. We have to use technology to increase production.

He said that Pakistan is still one of the 10 largest agricultural countries in the world but there is no investment resources in the country. We need new abilities. It is time for us to use technology and bring some brakes.

The Federal Minister added that our country is ranked fifth in the milk sector. Take any department of flour, rice, cotton. We are among the first 10 major productive countries.

Ahsan Iqbal said that some people make noise today. This government is not from conspiracy but from voting for non -confidence. If Pakistan stands at this point after 75 years, it is due to political instability. The country will have to try to bring the best list of the world in the next 25 years.

He added that Pakistan is recognized because of its youth. It is time for the entire nation to become the same for the interests of the country’s economy. It is very important to create a national consensus.