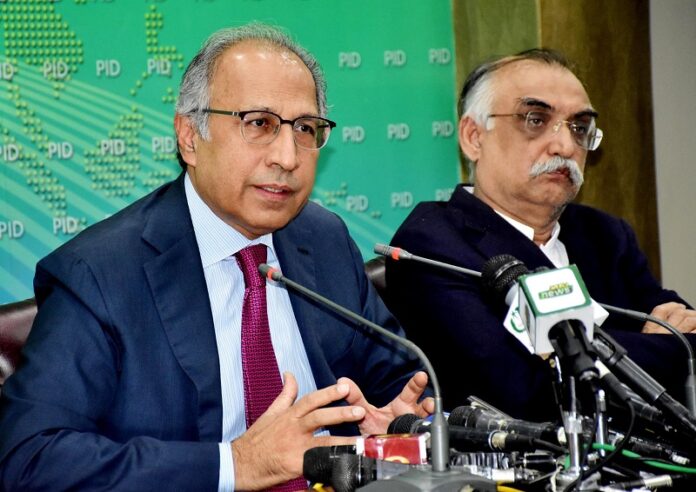 Adviser to the Prime Minister on Finance and Revenue Dr. Abdul Hafeez Shaikh on Monday briefed the media about economic policies and progress on reforms.

Speaking to the media, Dr. Abdul Hafeez Shaikh said, “In December 2019, the large scale manufacturing output expanded by 16% on a month-on-month basis, indicating that growth was starting to pick up.”

“This has led to the IMF staff and Pakistan authorities reaching a staff-level agreement which has paved the way for the IMF Board to release the next tranche of U$ 450 million in April 2020″, he added.

For the first time in this decade, the government of Pakistan achieved a surplus of 0.6% during the first six months of the year 2020. “This has been achieved through stronger revenue collection with FBR tax collection rising by over 16.5pc and through austerity in expenditure,” Hafeez Shaikh remarked.

During the first half of the current fascial year, Non-tax revenue collection raised by 170% yearly to reach Rs. 876 billion which would help reduce the build-up in debt. Hafeez Shaikh appreciated the government’s efforts of reducing the burden on the public.

Although the government has doubled the allocation in various social safety programs yet, there are many other challenges in the energy sectors.