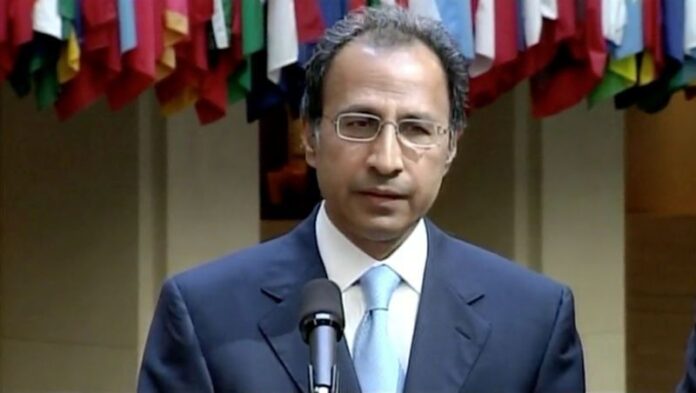 The Ministry of Finance (MoF) has said that State Bank of Pakistan (SBP) “facilitated speculative behaviour” of commercial banks last year which caused a loss of Rs6.5 billion to the national kitty in just first five months on account of additional borrowing cost.

As the banking sector regulator, the central bank is responsible for ensuring that banks do not misuse their clients, including the largest customer-the federal government.

Furthermore,  to putting an additional Rs.6.5 billion on the national exchange from January to May 2019 time, non-tax revenue from the federal government was also hit for the same reason, disclosing a letter the MoF had sent to the SBP board in May last year.

The MoF had recommended that the SBP Board take up this issue and order an investigation, and also urged the central bank to examine and improve its internal governance by reshuffling SBP officers who worked in the same role for a considerable period of time.

The letter had been sent during the period when Younus Dagha was the federal finance secretary.

However, despite lodging severe allegations of encouraging risky behavior, the finance ministry did not move the matter any further after he was moved. The MoF has received no reply from the central bank anyway.

The federal government complained to the SBP board that certain practices were promoting, even facilitating; risky activity on the part of some banks encouraged by certain elements in SBP management and hindered the objectives of ensuring financial markets transparency and performance.

The ministry said that such actions forced the government to pay Rs.6.5 billion in additional cost on borrowings from the commercial banks since January to May 2019.

The MoF also recently proposed that the chairman of the SBP board should be any ex-officio board member instead of the central bank governor.

In the letter, the MoF stated that the SBP elements assisted the hypothetical behavior by misusing Interest Rate Corridor Policy (IRCP).

The central bank had introduced IRCP in 2009 aimed at protecting its key policy rate and safeguarding that the interest rates remained steady and banks do not exploit each other and their clients.

The interest rate corridor consists of two end-of-day standing facilities offered by SBP – repo facility to absorb excess funds of banks at the floor rate and a reverse-repo facility to lend to banks facing shortage of funds at the ceiling rate.

The stated purpose of introducing IRCP was to reduce the volatility in short-term interest rates and to bring more transparency in implementation of monetary policy.

The corridor policy allows the SBP to borrow from banks the surplus cash at rates 1.5% below the policy rate, known as floor rate.

It also allows providing banks loans at rates 0.5% above policy rate to meet their financing needs, known as ceiling.

Instead of punishing the banks by absorbing its surplus cash below 1.5% interest rates, the SBP borrowed at rates close to the then policy rate at a time when the federal government was in dire need of bank financing to meet its expenditure obligations.

According to the MoF, the central bank borrowed surplus liquidity from the banks without any regard to unexpected or autonomous liquidity shocks.

The ministry said that the surplus cash that the banks were not investing in the government bills was then borrowed by the SBP at rates close to the interest rates, which also caused loss to the federal government due to less profit of the central bank.

The central bank management supported speculative activities by the banks worked against the objectives of development, efficiency and transparency of financial markets, it added.

It significantly increased the borrowing cost of the government as the banks chose to avail one-week or two-week borrowing facilities of central bank rather than investing in 3-month government treasury bills when only a few days were left in the next monetary policy decision.

This was the period when the central bank was increasing its interest rates as part of prior conditions set out by the International Monetary Fund for extending the bailout programme.

The MoF also cited an example to prove its allegation of facilitative role played by the central bank to encourage speculative behavior by the banks.

It said that the T-bill auction of May 8, 2019 was a classic illustration of this issue.

With a maturity of Rs2.177 trillion and government target of Rs1.2 trillion, the banks only submitted bids to the tune of Rs560 billion.

The banks largely preferred to sit on idle liquidity instead of participating in the auction and then the central bank absorbed surplus liquidity of Rs1.918 trillion subsequent to the auction that facilitated this speculative decisions.

The finance ministry further alleged that the central bank reduced the opportunity cost for the banks by mopping up their surplus cash at rates close to the key policy rate.

The SBP’s own profits were unduly reduced by several billions of rupees when borrowing at much higher rates than the floor rate of interest rate corridor without adequate justification, it added.

However, the central bank spokesman did not respond to the question whether the SBP had brought the issue before its board.

He also did not reply whether the SBP management had fixed responsibility against its officers.

Qamar also avoided a question whether this case was referred to National Accountability Bureau or Federal Investigation Agency.