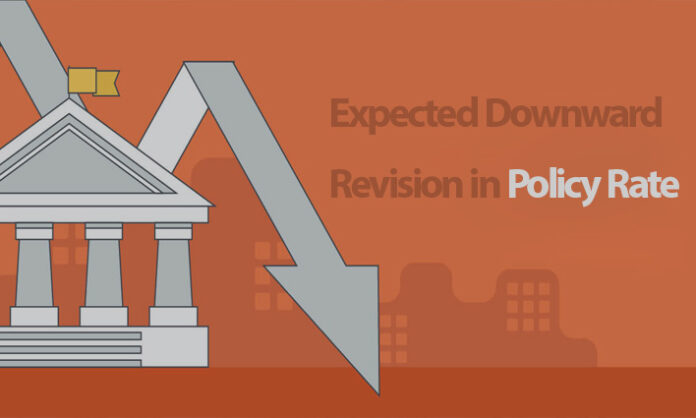 According to the government’s economic team, the current policy rate is 13.25% which may witness a downfall by the end of this month.

Federal Cabinet was informed that the decrease in the policy rate would benefit private businesses, which did collapse due to the eight-year high policy rate in vogue.

The government’s economic team said, “With the stabilization of macro-economic indicators, the policy rate will be revised downward in the coming months to spur credit off take by the private businesses.”
Upon this, the cabinet members had raised concerns over rising inflation, declining large-scale manufacturing activity and low off take of credit by private businesses.

The economic team advised the provincial governments to eliminate their errors to ensure the supply of locally produced food items.
Furthermore, it is clarified that the lackluster performance of the real sector was expected in the face of the government’s contractionary policies to immediately address the current and fiscal account deficit.