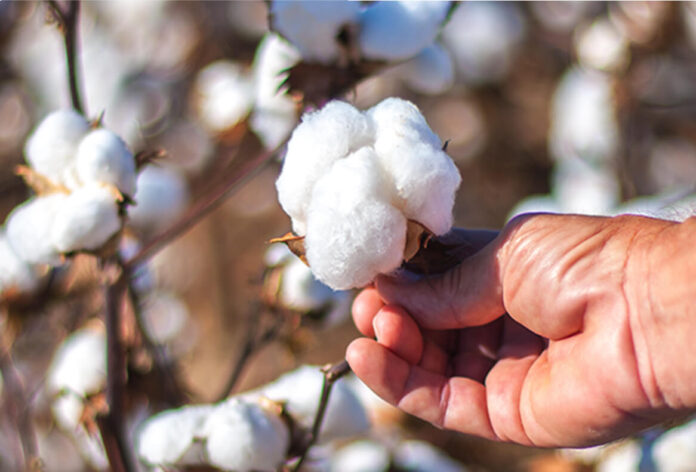 The prices of cotton remained stable. The cotton market will have a positive impact of the reconciliation between China and America. The seeds allegedly having the capacity of doing wonders are going to be introduced!

In the local cotton market during the last week cautious buying was witnessed by textile and spinning sectors while the ginners has increased the selling because the stocking of cotton becomes very expensive. The monthly expense of stocking of cotton has reached Rs 200 per maund because of increasing interest rate and insurance.

The Spot Rate Committee of Karachi Cotton Association has stabled the rate of cotton at Rs 8750 per maund. Chairman Karachi Cotton Brokers Forum Naseem Usman told that mixed trend was seen in international market. Increasing trend was seen in New York Cotton Market due to the partial reconciliation between China and America on their longstanding trade conflict. The Rate of Promise (Waday Ka Bhao) crossed 69 cent per pound which is the highest rate since last June.

Due to the crisis like situation in Indian textile sector the demand of cotton decreased in India as a result of which rate of cotton witnessed a prominent decrease. The second reason is that due to the ban on the trade between India and Pakistan the stock of cotton is in abundant quantity. Every year Pakistan was a big importer of Indian cotton. The rate of Shankar 6 cotton was reached at the highest level of Rs 46000 per Candy was decreased by Rs 7000 and reached at lowest level of Rs 39200 per Candy.

Pakistan Cotton Ginners Association has issued the statistics of cotton production till December 15 according to which 7.86 million bales are produced which is 21 percent less as compared to last years production of 9.96 million bales.

The experts were of the view that this year total cotton production will be 85 lac bales while the textile sector of the country needs 1 crore 50 lac bales. According to the sources of All Pakistan Textile Mills Association the industry will have to import 60 lac bales in order to fulfill their demand. According to the importers contracts for the import of 40 lac bales from abroad were already signed.

The APTMA has demanded from the government to abolish the imposition of 11 percent import duty on cotton. According to the reports the decision regarding the abolishing of import duty on cotton will be probably taken in the next meeting of the Economic Coordination Committee.

On the other hand chairman PCGA Javed Rehman told Naseem Usman that government should not give permission to textile mills for the import of cotton before December this will affect both cotton ginners and growers. The government will give permission when cotton was out from the hands of both ginners and growers. They told that according to their information the government will not lift the ban import duty before February.

Moreover, in a television interview chairman Pakistan Engineering Council Engineer Javed Saleem Qureshi said that they had introduced a new seed Triple Gen for increasing the production and decreasing the cost of production. This seed has a resistance power to fight against the radiation, Pink Ball Worm, white fly and traditional insects.

They prepared this seed in 12 years. Qureshi said that country’s economy will have a benefit of 10 billion dollars due to this seed. He also said that there is a need to change the production zones of cotton. Although farmers are demanding that this magical seed should be introduced immediately.

Moreover APTMA has rejected the alleged claim of cotton commissioner of buying 10 lac bales in black. The Lahore High Court has asked the Punjab government to produce the record of transferring cotton producing land in to sugar cane producing land.