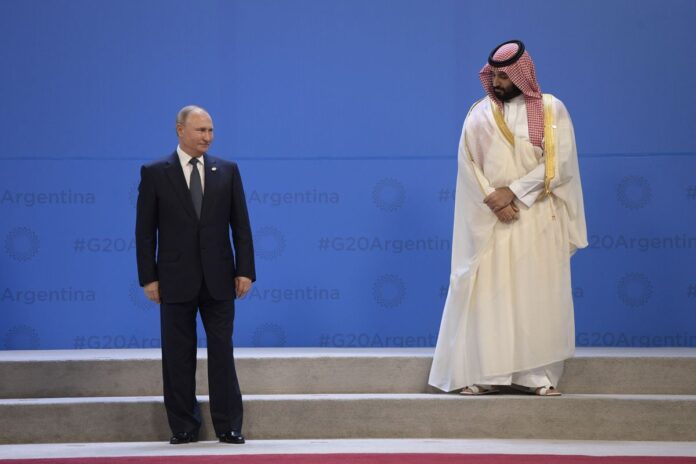 After the meeting of Donald Trump with the Russian President, the Kingdom of Saudi Arab called an emergency meeting of producers to deal with the market chaos regarding crude prices.

Donald Trump said that he expects Saudi Arabia and Russia to cut oil production by as much as 10 million to 15 million barrels, as the two countries have finally shown an inclination to make a deal.

According to Saudi Arab media, the state would call an emergency meeting of the Organization of the Petroleum Exporting Countries (OPEC) and would consider dropping output to roughly 9 million BPD. In other words, the kingdom would drop about 3 million BPD less than what it scheduled on pumping in April.

Vice president of market research Gene McGillian said at Tradition Energy in Stamford, “The question will come down to, Will they be able to agree to something? It’s taken a couple of weeks of Brent at $25 and WTI at $20 and it seems as if the Russians are more approachable than they were a month ago.”

Due to the novel coronavirus pandemic, the fuel demand is expected to fall by 20% to 30% in the coming months which would be a serious matter of concern for oil producers.

As per the analysts at Capital Economics, “Despite today’s headlines, we remain skeptical that a deal to cut output will materialize as Saudi Arabia is unlikely to cut output unless Russia and possibly other non-OPEC producers, like the United States and Canada, join in a coordinated reduction.”

Furthermore, the tax regulators are discovering the possibility of cutting production in that state, which produces more than 5 million BPD.