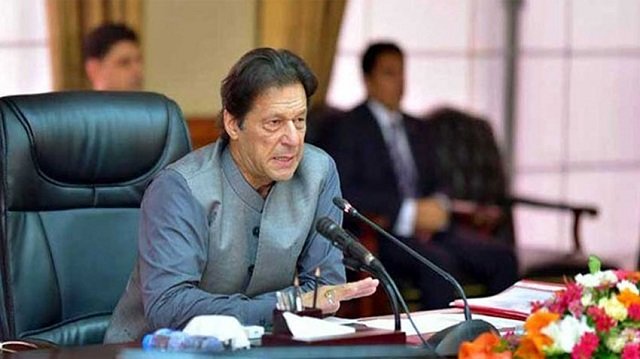 Prime Minister Imran Khan expressed his interest in setting up the Special Technology Zones (STZs) for IT industry to promote its development and boost business.

In a recent meeting on Thursday with a delegation from the Pakistan Software Houses Association and other industry representatives, the prime minister resonated with industry, telling the delegation that he saw a lot of opportunity in the IT sector and development.

Sources told Pak Revenue, “The IT industry demanded Special Technology Zones (STZs) to provide opportunities for medium and small scale IT enterprises to have less infrastructure cost and overheads to enable them to do their business and earn exports and remittances for the country.”

Although the project made headway earlier and reached the planning commission, it never accepted the budget for it. The stakeholders are now optimistic that PM Khan has shown a great deal of interest in this and he has guided the information to be shared with him and he wants to see it happen.

Two years earlier, the official body representing the IT industry, [email protected], had recommended that the federal government create IT Clusters, known as STZs. The idea was to imitate Special Economic Zones for other industries but with certain IT industry-specific incentives to encourage their development.

[email protected] had proposed dedicating land clusters in major cities with specialist infrastructure in a clustered setting for the IT industry. STZs have low land rental, less sales and withholding taxes, less utility bill charges, all of which are incentives to attract investors and incentives required for small IT businesses to succeed in a low cost climate.

In addition to setting up STZs, [email protected] had also suggested improving Pakistan’s reputation as a country with high IT potential. The idea, called ‘Brand Pakistan,’ urged the government to set up an ‘Export Promotion Fund’ to scale the industry that is just how big the IT industry is in Pakistan. There are actually no official figures showing just how big the IT industry is.

The proposal included doing market research on estimating the size of Pakistan’s IT industry and producing a country report. Then IT exhibitions and conferences in Pakistan should be arranged in order to boost ‘Name Pakistan,’ and people should be sent from Pakistan to attend IT conferences and exhibitions abroad.

The third suggestion discussed with the government was about demand generation, which is the by-product of the campaign “Make in Pakistan.” [email protected] and related stakeholders urged the government to outsource IT projects to the local industry, under the proposal.

The proposal seeks a cash incentive of 5-10% towards IT industry exports. That industry stakeholders say cash incentives will help add stability to the economy and companies will begin reporting to government rather than run away from government departments such as the Federal Revenue Board (FBR)’s fear of intimation.