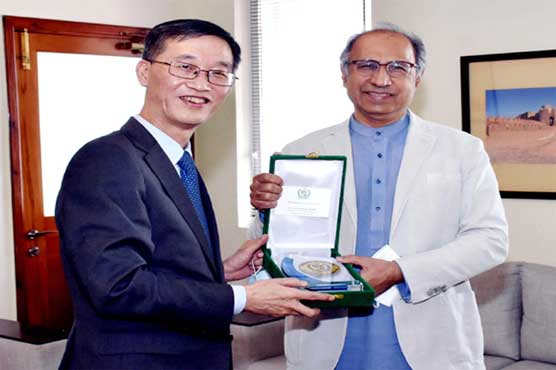 Shaikh said relations between China and Pakistan will improve further in the future. He respected the contribution Jing has made to advance the Pak-China relationship. He recognised the contributions made by Ambassador Jing and the leadership of China to Pakistan, and expressed hope that his predecessor would operate in the same direction.

Ambassador Jing thanked the consultant for his support and expressed a willingness to further improve the relationship between the two countries. He said the China-Pakistan Economic Corridor (CPEC) is an inspiring project for the rest of the globe.

The ambassador also commended the policy adopted by Pakistan’s government during the Covid-19 crisis and said the rest of the world should emulate and benefit from the experience of Pakistan.

The advisor also offered a shield for his valuable services to the outgoing ambassador as a token of the gratitude by the finance division and said his successor would be received with the same spirit.