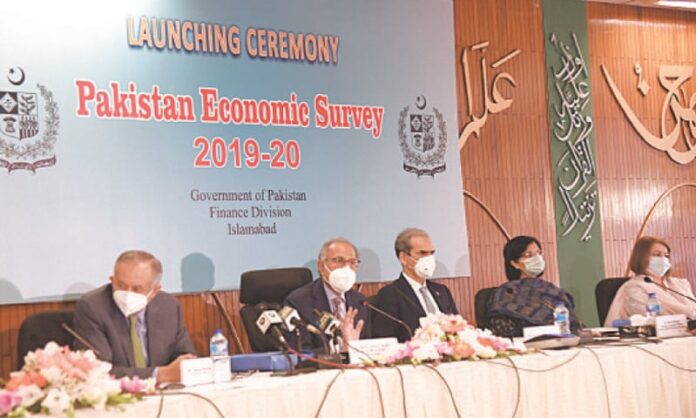 The government has formally recognized that coronavirus has caused a loss of Rs3 trillion to the economy so far, with GDP hit by 3% to 3.5%, and that the severity of the export and remittance pandemic will increase in the months ahead.

This was announced by Adviser to Finance Prime Minister Dr. Abdul Hafeez Shaikh at the launch of the “Economic Survey 2019-2020” on Thursday.

The advisor was accompanied by Minister for Economic Affairs Division, Khusro Bukhtiar, Special Assistant to Prime Minister on Commerce Razak Dawood, and Poverty Alleviation Dr. Sania Nishtar. He said, “It was not easy to quantify the impact of coronavirus precisely because there was uncertainty as to how rapidly the cases would increase and what the duration of the pandemic would be, as well as what social distance and lock-up would take in the coming days and weeks.”

The International Monetary Fund (IMF) projected 1.5 percent negative GDP growth and the World Bank (WB) projected 2.6 percent negative against the government’s 0.4 percent estimate, stating that it was not easy to make accurate projections because the situation was changing daily.

He added that different institutions had made different predictions based on different assumptions involving different magnitude, severity, and duration.

Imran Khan’s special assistant on poverty said Rs192 billion was being disbursed to 10 million people without any political, religious, or regional consideration through the Ehsaas Programme.