Pakistan May Become a Regional Hub for Trade: Yao Jing 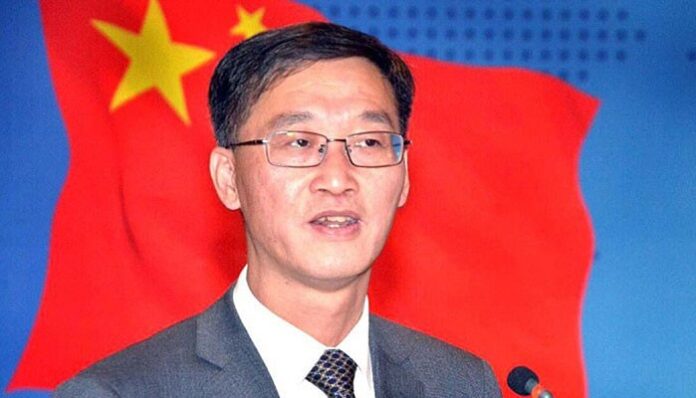 China’s ambassador to Pakistan Yao Jing said that Pakistan has tremendous potential to become a regional center for trade and strong connectivity, and the China Pakistan Economic Corridor (CPEC) has provided these opportunities.

Speaking in an interview with the Geo News program ‘Jirga,’ the Chinese ambassador strongly disapproved of the misinformation about CPEC by some quarters in the West by maintaining that it provided prospects for a better future for the citizens of both countries and would prove beneficial to the entire world. He said several projects were completed under CPEC.

Yao Jing expressed his satisfaction that there was 100% unity between China and Pakistan and that these initiatives had already been fully rejected by the two friendly countries. He said CPEC was a straightforward agreement between the two governments, and they’re going to seek to make it more viable. Responding to a query, he said Gwadar, Karachi Port and Port Qasim’s growth offered immense opportunities and bright prospects for broader regional connectivity.

He also admired tireless efforts made by Pakistan to establish peace and stability in Afghanistan, which would potentially open up trading opportunities for landlocked Central Asian states seeking to extend their trade routes.

In response to a question, the Chinese ambassador said that Huawei was facing difficulties in the U.S. and the West because he was a private Chinese company and they found China to be a competitor in the new technologies.