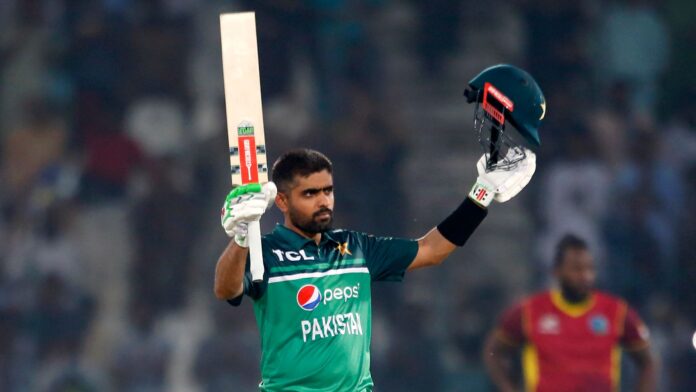 KARACHI: The destiny star of Emperor Babar Azam has reached new heights while he has surpassed Virat Kohli in ruling the T20 cricket rankings for the longest time.

While Pakistan’s young captain Babar Azam has captivated the world of cricket with his brilliant and consistent performance, his dominance over the rankings has been steadily expanding. Babar Azam’s presence at the top of T20 has set a new record.

He had just surpassed former India captain Virat Kohli in the matter a few days ago, which has now been formally confirmed by the International Cricket Council. 1028 days have passed, they are busy with their hard work and dedication to prolong this kingdom.
The Pakistani captain is currently the number one ODI batsman as well as the T20I. He has already expressed his desire to be number one in all three formats of the game together, but is currently ranked fourth in the Test rankings. A big reason is the limited opportunities to play long format, a few big innings can also give them a chance to enjoy the style of governing where there are currently England’s most reliable run machines that have routes, Babar has 84 ratings. Points are behind, second and third are held by Australia’s Marin LeBushin and Steven Smith, Virat Kohli is now tenth on this front.

In the Test rankings, Pakistan’s next best-ranked batsman Azhar Ali has moved up one place to 17th position, with Mohammad Rizwan at 19th and Abid Ali at 24th. New Zealand’s Daryl Mitchell was rewarded for his excellent batting in the series against England in the form of a 4-point promotion which has now taken him to 12th position. Reached the 20th level.

In Test bowlers, Pakistan’s Shaheen Shah Afridi is still in the fourth position, Hassan Ali is in the 15th position. Australia’s Pat Cummins still holds the title of top Test bowler, with no change in the top 17 positions in the latest rankings. Rank to 18th and 19th respectively.

In the T20 rankings, Mohammad Rizwan is at the second position after Babar Azam. Interestingly, the third top ranking after him is Pakistani Fakhrazman at 46th position. Harry of Ireland, who batted better in the series of 2 T20 matches against India The tractor flew 55 degrees and reached 66th position. In the short format, Josh Hazelwood of Australia is at the top of the bowling chart, Shaheen Shah Afridi is 11th and Shadab Khan is 16th.