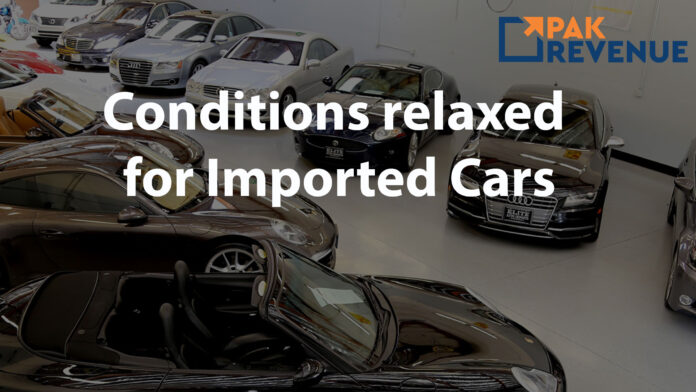 The federal government of Pakistan has allowed the citizen to pay the partial duties of imported cars in Pakistani rupees. It has become mandatory to fulfill certain conditions to release the cars stuck at Karachi port.

The import policy 2016 has been recently amended by the Ministry of Commerce (MOC) which states “In case the Pakistani rupee depreciates or government increases the import duties or taxes after receipt of remittance and before filing of good declaration, which results in shortfall of remitted amount against payable duties and taxes, the importer is allowed to meet the shortfall through local sources.”

The purpose of revising the import policy is to ensure the smooth clearance of imported vehicles. The amendment is going to be implemented from 15th Jan 2019, an equivalent day when the Ministry of Commerce had initially placed a condition that duty and taxes on all imported vehicles will be paid out of foreign exchange.