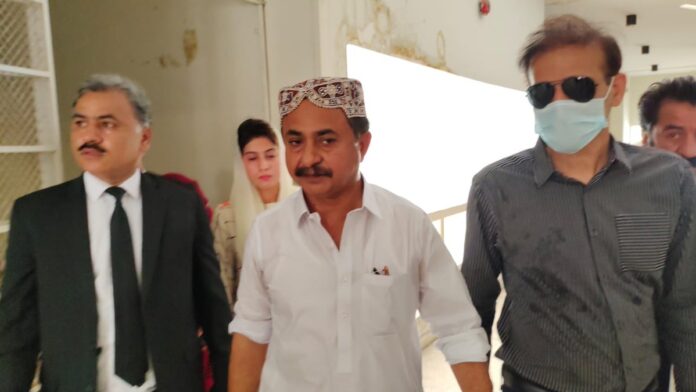 Chairman anti-corruption and other ACE officials appeared before the court today and apprised regarding the details of the cases against the opposition leader.

The prosecutor general alleged that Sheikh is blamed for forcefully occupying government lands and complained that the lower court discharged the case against the suspect on the first day of his arrest.

The SHC bench directed the provincial authorities to take all necessary precautions before arresting anyone and upheld the stay order issued against the arrest warrant of the PTI leader.

The SHC proceedings were later adjourned for an indefinite period.

Speaking to media outside the court, Haleem Adil Sheikh said that he was first illegally arrested from Lahore and later arrested unlawfully from Hyderabad.

“I approached the court to initiate contempt of court proceedings against anti-corruption officials and today those who consider themselves untouchable have to appear before the court,” he said.